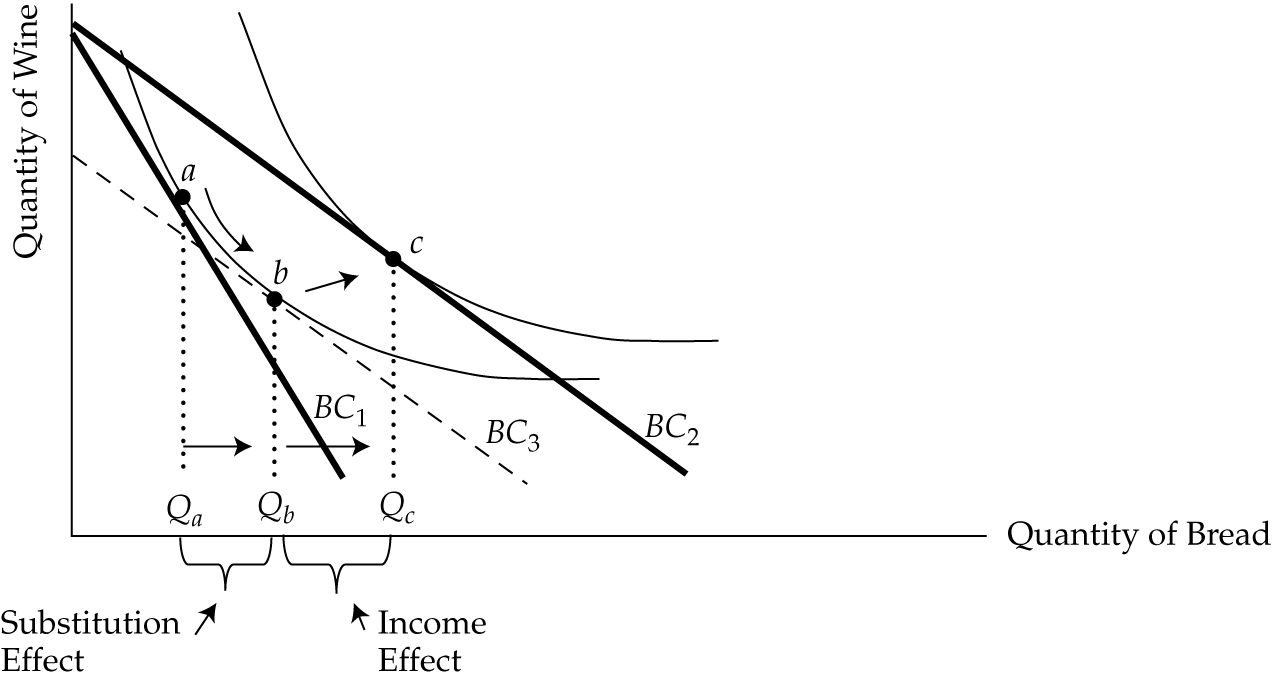 When the price of bread falls, as indicated by the pivoting in budget constraints from BC1 to BC2, Warren buys more bread, increasing his quantity from Qa to Qc. That is the net effect of both the substitution effect and the income effect.

Mental exercise: Part of his response is because of the increase in real income. We remove that effect subtracting some income, while leaving the new lower price in place. That budget constraint shows the reduction in income that moves him back to his original indifference curve.

Notice that we are moving BC2 inward, parallel to itself until it becomes just tangent to his original indifference curve at point b. The price decrease was a good thing for him. An offsetting bad thing would be an income reduction. If the income reduction is just sufficient to leave him no better or morse than before the price change, we have removed the real income effect of the decrease in price.

If his income reduction were then restored, the resulting movement from point b to point c must be the income effect.
If you want to change selection, open original toplevel document below and click on "Move attachment"