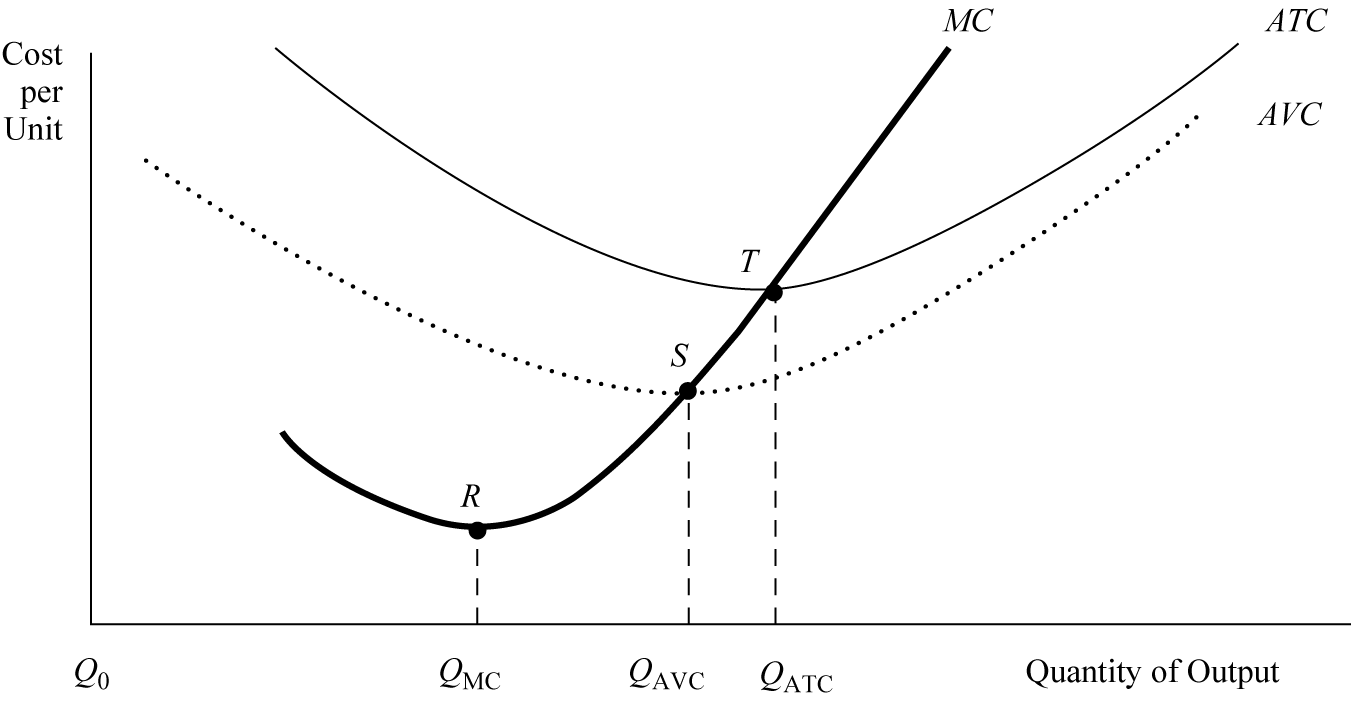 This displays the cost curve relationships for ATC, AVC, and MC in the short run.

The marginal cost curve intersects both the ATC and AVC at their respective minimum points. This occurs at points S and T, which correspond to QAVC and QATC, respectively.

Mathematically, when marginal cost is less than average variable cost, AVC will be decreasing. The opposite occurs when MC is greater than AVC. The same relationship holds true for MC and ATC.

Initially, the marginal cost curve declines, but at some point it begins to increase in reflection of an increasing rate of change in total costs as the firm produces more output.

Point R, which corresponds to QMC, is the minimum point on the marginal cost curve.
If you want to change selection, open original toplevel document below and click on "Move attachment"