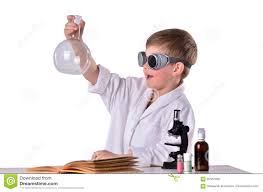 Analysts often confront competing ideas about how financial markets work. Some of these ideas develop through personal research or experience with markets; others come from interactions with colleagues; and many others appear in the professional literature on finance and investments. In general, how can an analyst decide whether statements about the financial world are probably true or probably false?

When we can reduce an idea or assertion to a definite statement about the value of a quantity, such as an underlying or population mean, the idea becomes a statistically testable statement or hypothesis. The analyst may want to explore questions such as the following:

To address these questions, we use the concepts and tools of hypothesis testing. Hypothesis testing is part of statistical inference, the process of making judgments about a larger group (a population) on the basis of a smaller group actually observed (a sample). The concepts and tools of hypothesis testing provide an objective means to gauge whether the available evidence supports the hypothesis. After a statistical test of a hypothesis we should have a clearer idea of the probability that a hypothesis is true or not, although our conclusion always stops short of certainty. Hypothesis testing has been a powerful tool in the advancement of investment knowledge and science. As Robert L. Kahn of the Institute for Social Research (Ann Arbor, Michigan) has written, “The mill of science grinds only when hypothesis and data are in continuous and abrasive contact.”