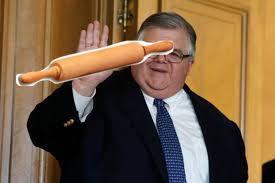 Although precious metals like gold and silver fulfilled the required functions of money relatively well for many years, and although carrying gold coins around was easier than carrying around one’s physical produce, it was not necessarily a safe way to conduct business.

A crucial development in the history of money was the promissory note . The process began when individuals began leaving their excess gold with goldsmiths, who would look after it for them. In turn the goldsmiths would give the depositors a receipt, stating how much gold they had deposited. Eventually these receipts were traded directly for goods and services, rather than there being a physical transfer of gold from the goods buyer to the goods seller. Of course, both the buyer and seller had to trust the goldsmith because the goldsmith had all the gold and the goldsmith’s customers had only pieces of paper. These depository receipts represented a promise to pay a certain amount of gold on demand. This paper money therefore became a proxy for the precious metals on which they were based, that is, they were directly related to a physical commodity. Many of these early goldsmiths evolved into banks, taking in excess wealth and in turn issuing promissory notes that could be used in commerce.

In taking in other people’s gold and issuing depository receipts and later promissory notes, it became clear to the goldsmiths and early banks that not all the gold that they held in their vaults would be withdrawn at any one time. Individuals were willing to buy and sell goods and services with the promissory notes, but the majority of the gold that backed the notes just sat in the vaults—although its ownership would change with the flow of commerce over time. A certain proportion of the gold that was not being withdrawn and used directly for commerce could therefore be lent to others at a rate of interest. By doing this, the early banks created money.

The process of money creation is a crucial concept for understanding the role that money plays in an economy. Its potency depends on the amount of money that banks keep in reserve to meet the withdrawals of its customers. This practice of lending customers’ money to others on the assumption that not all customers will want all of their money back at any one time is known as fractional reserve banking .

We can illustrate how it works through a simple example. Suppose that the bankers in an economy come to the view that they need to retain only 10 percent of any money deposited with them. This is known as the reserve requirement .2 Now consider what happens when a customer deposits €100 in the First Bank of Nations. This deposit changes the balance sheet of First Bank of Nations, as shown in Exhibit 2, and it represents a liability to the bank because it is effectively loaned to the bank by the customer. By lending 90 percent of this deposit to another customer the bank has two types of assets: (1) the bank’s reserves of €10, and (2) the loan equivalent to €90. Notice that the balance sheet still balances; €100 worth of assets and €100 worth of liabilities are on the balance sheet.

Now suppose that the recipient of the loan of €90 uses this money to purchase some goods of this value and the seller of the goods deposits this €90 in another bank, the Second Bank of Nations. The Second Bank of Nations goes through the same process; it retains €9 in reserve and loans 90 percent of the deposit (€81) to another customer. This customer in turn spends €81 on some goods or services. The recipient of this money deposits it at the Third Bank of Nations, and so on. This example shows how money is created when a bank makes a loan.

This process continues until there is no more money left to be deposited and loaned out. The total amount of money ‘created’ from this one deposit of €100 can be calculated as:

It is the sum of all the deposits now in the banking system. You should also note that the original deposit of €100, via the practice of reserve banking, was the catalyst for €1,000 worth of economic transactions. That is not to say that economic growth would be zero without this process, but instead that it can be an important component in economic activity.

In our simplistic example, we assumed that the banks themselves set their own reserve requirements. However, in some economies, the central bank sets the reserve requirement, which is a potential means of affecting money growth. In any case, a prudent bank would be wise to have sufficient reserves such that the withdrawal demands of their depositors can be met in stressful economic and credit market conditions.