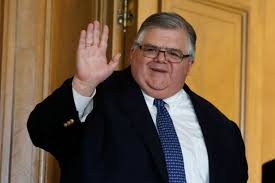 Money Measures in the United States

The US Federal Reserve produces two measures of money. The first is M1, which comprises notes and coins in circulation, travelers’ cheques of non-bank issuers, demand deposits at commercial banks, plus other deposits on which cheques can be written. M2 is the broadest measure of money currently produced by the Federal Reserve and includes M1, plus savings and money market deposits, time deposit accounts of less than $100,000, plus other balances in retail money market and mutual funds.

Money Measures in the Eurozone

The European Central Bank (ECB) produces three measures of euro area money supply. The narrowest is M1. M1 comprises notes and coins in circulation, plus all overnight deposits. M2 is a broader definition of euro area money that includes M1, plus deposits redeemable with notice up to three months and deposits with maturity up to two years. Finally, the euro area’s broadest definition of money is M3, which includes M2, plus repurchase agreements, money market fund units, and debt securities with up to two years maturity.

The Bank of Japan calculates three measures of money. M1 is the narrowest measure and consists of cash currency in circulation. M2 incorporates M1 but also includes certificates of deposit (CDs). The broadest measure, M3, incorporates M2, plus deposits held at post offices, plus other savings and deposits with financial institutions. There is also a “broad measure of liquidity” that encompasses M3 as well as a range of other liquid assets, such as government bonds and commercial paper.

Money Measures in the United Kingdom

The United Kingdom produces a set of four measures of the money stock. M0 is the narrowest measure and comprises notes and coins held outside the Bank of England, plus Bankers’ deposits at the Bank of England. M2includes M0, plus (effectively) all retail bank deposits. M4 includes M2, plus wholesale bank and building society deposits and also certificates of deposit. Finally, the Bank of England produces another measure called M3H, which is a measure created to be comparable with money definitions in the EU (see above). M3H includes M4, plus UK residents’ and corporations’ foreign currency deposits in banks and building societies.

If you want to change selection, open document below and click on "Move attachment"
Money
e in the money supply. The central bank may also lend reserves directly to banks, creating excess reserves (relative to any imposed or self-imposed reserve requirement) that can support new loans and money expansion. <span>2.1.3. Definitions of Money The process of money creation raises a fundamental issue: What is money? In an economy with money but without promissory notes and fractional reserve banking, money is relatively easy to define: Money is the total amount of gold and silver coins in circulation, or their equivalent. The money creation process above, however, indicates that a broader definition of money might encompass all the notes and coins in circulation plus all bank deposits. More generally, we might define money as any medium that can be used to purchase goods and services. Notes and coins can be used to fulfill this purpose, and yet such currency is not the only means of purchasing goods and services. Personal cheques can be written based on a bank chequing account, while debit cards can be used for the same purpose. But what about time deposits or savings accounts? Nowadays transfers can be made relatively easily from a savings account to a current account; therefore, these savings accounts might also be considered as part of the stock of money. Credit cards are also used to pay for goods and services; however, there is an important difference between credit card payments and those made by cheques and debit cards. Unlike a cheque or debit card payment, a credit card payment involves a deferred payment. Basically, the greater the complexity of any financial system, the harder it is to define money. The monetary authorities in most modern economies produce a range of measures of money (see Exhibit 3). But generally speaking, the money stock consists of notes and coins in circulation, plus the deposits in banks and other financial institutions that can be readily used to make purchases of goods and services in the economy. In this regard, economists often speak of the rate of growth of narrow money and/or broad money . By narrow money, they generally mean the notes and coins in circulation in an economy, plus other very highly liquid deposits. Broad money encompasses narrow money but also includes the entire range of liquid assets that can be used to make purchases. Because financial systems, practice, and institutions vary from economy to economy, so do definitions of money; thus, it is difficult to make international comparisons. Still, most central banks produce both a narrow and broad measure of money, plus some intermediate ones too. Exhibit 3 shows the money definitions in four economies. <span><body><html>