Tags
#an-integrated-machine-learning-and-finite-element-analysis-framework #has-images
Question
Discuss about the influence of the learning rate parameter and the number of layers and neurons in ANNs, by monitoring training and test accuracy.
[unknown IMAGE 6269926771980] 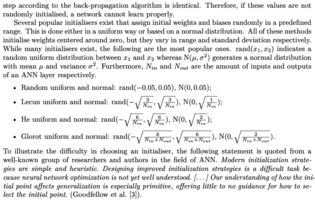 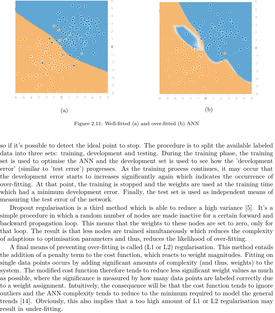 Question
including and considering all the parts of a situation together, rather than the individual parts separately
Answer
global adj. 1

Question
If a company or industry ...s ....... , it starts doing business all over the world
Answer
3 go global

Question
If you grow a business activity, you make it bigger.
Answer
grow v. ( past tense grew; past participle grown) 2 [T]

Question
an increase in size, amount or degree economic growth Wirtschaftswachstum an increase in the value of goods and services produced in a country or area
Answer
growth n. [U]

Question
a fund that makes investments that are unlikely to fall in value, as well as those that go up or down in value, to reduce the risk of losing a lot of money
Answer
hedge fund n. [C]

Question
to employ a person or an organisation for a short time to do a particular job for you
Answer
hire v. [T] 1

Question
to agree to give someone a permanent job
Answer
hire v. [T] 2

Question
to pay money to use something for a period of time
Answer
hire v. [T] 3 BrE

Question
a country where a company that is based in another country has business activities
Answer
host country n. [C]

Question
the effect or influence that an event, situation, etc. has on someone or something
Answer
impact n. [C]

Question
something that is made in one country and brought into another, usually to be sold
Answer
import 1 n. 1 [C, usually plural]

Question
the activity of bringing goods into a country
Answer
import 1 n. 2 [C, usually plural; U]

Question
the amount or value of the goods brought into a country over a particular period of time
Answer
import 1 n. 3 imports [plural]

Question
to bring something into a country from abroad, usually in order to sell it
Answer
import 2 v. [T]

Question
something which is used to encourage people to do something, especially to make them work harder, produce more or spend more money
Answer
incentive n. [C]

Question
an offer to pay less tax, given to people who do something that the government is trying to encourage
Answer
tax incentive

Question
money that you earn from your job or that you receive from investments
Answer
income n. [C, U]

Question
to design and develop new and original products
Answer
innovate v. [I]