I reckon that checking the calculated mass with the estimates made oth- erwise is the prime test of the model validity. In structures made of beams this calls for an increased mass density of the materials so as to cope with all the unmodeled bits and pieces which contribute nonetheless to the loading of the structure by their own weight.

Question
In git, a [...] is a copy of a repository that you want to add your own seperate modifications to.
Answer
fork

Open it
A fork is a copy of a repository. Forking a repository allows you to freely experiment with changes without affecting the original project.

Question
In git, [...] a repository allows you to freely experiment with changes without affecting the original project.
Answer
Forking

Open it
A fork is a copy of a repository. Forking a repository allows you to freely experiment with changes without affecting the original project.

Question
In git, submitting your changes from your fork to upstream is done via a [...]
Answer
pull request

Open it
Submit a pull request to the project owner.

Unknown title
es to someone else's project A great example of using forks to propose changes is for bug fixes. Rather than logging an issue for a bug you've found, you can: Fork the repository. Make the fix. <span>Submit a pull request to the project owner. If the project owner likes your work, they might pull your fix into the original repository! Use someone else's project as a starting point for your own idea. At the heart of open sourc

Question
In git, when you fork a repo, the original repo is called the [...]
Answer
upstream

Open it
You might fork a project in order to propose changes to the upstream, or original, repository.

Tags
#Functional_GI_disorders #Gastroenterology
Question
Risk factors in these (with preceding diarrheal illness) patients have been shown to include..
Answer 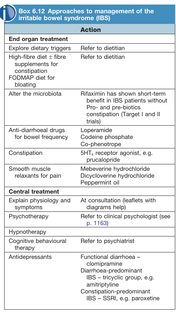 Tags
#Functional_GI_disorders #Gastroenterology #has-images
Question
What are the approaches to the management of Irritable bowel syndrome?

#Functional_GI_disorders #Gastroenterology
Recent studies have shown a beneficial effect of specific probiotics such as Bifidobacterium infantis 35624 on IBS symptoms.

Open it
Recent studies have shown a beneficial effect of specific probiotics such as Bifidobacterium infantis 35624 on IBS symptoms.

Tags
#Functional_GI_disorders #Gastroenterology
Question
What is the treatment of functional diarrhoea?
Answer
Treatment is with loperamide often combined with a tricyclic antidepressant prescribed at night (e.g. clomipramine 10–30 mg)

Tags
#Functional_GI_disorders #Gastroenterology
Question
What is the treatment of patients with pain/gas/bloat syndrome?
Answer

IMPR_TABLE or with IMPR_RESU... FORMAT=’RESULTAT’. The printed results have, of course, the same value as long as we print the same thing;

TABLE makes it easier to export to a spreadsheet. And for this a clever use of the keyword SEPARATEUR allows more exporting flexibility to the output file

The fields DEPL and SIEF_ELGA are calculated even if we do not re- quest it in CALC_CHAMP. Calculation and/or printing of any field can be restricted to one or more of its component with NOM_CMP. Field DEPL means displacement. The field SIEF_ELGA means SIgma (stress) or EFfort (force or mo- ment), per ELement at GAuss points. The field SIEF_ELNO means SIgma (stress) or EFfort (force or mo- ment), per ELement at NOde. With due allowance to stress or effort these two fields are meaningful whatever the element. For beams, the field SIEF_ELNO means EFfort (force or moment), per ELement at NOdes. From a practical point of view it contains the normal force, N, the 2 shear forces, VY and VZ, and the 3 moments, MT, MFY and MFZ in the beam, in its LOCAL axis 1 . The field EFGE_ELNO means EFfort (force or moment), GEneralised, per ELement at NOdes, in the element local axis, it contains the same components as SIEF_ELNO and for any practical purpose shows the same things. The same applies at GAuss points for EFGE_ELGA. For beams 2 , the field SIPO_ELNO means Stress (SIgma POutre), per ELement at end NOdes. This is the stress produced by any of the three forces and moment defined in SIEF_ELNO if they were acting alone on the beam section. For example SMFY is the stress due to the single bend- ing moment MFY, it is computed from MFY above and the beam charac- teristics, defined in AFFE_CARA_ELEM...POUTRE 3 . SIPM_ELNO 4 (SIgma Poutre Maximum) gives the component of the stress in the direction of the last 2 characters of the component name. The most important SIXX, can be seen as the extremum, maximum or 1 For plates it would be NXX (with the unit of N/mm), NXY, NXY, MXX... in the local element axis. And for 3D elements, pure stresses SIXX, SIYY, SIZZ, SIXY... in the global axis . 2 And for beams only, this field is restricted to beams. 3 Here, SMFY = MFY IY × RZ. 4 Same remark as above.

For beam elements, another important note is: the stress due to the tor- sional moment is only true if the “Saint Venant” conditions are achieved, that is to say there is no warping of the section. Which is more and more false as the section differs from a round and closed one to an open one, and/or if the warping is restrained by boundary conditions 1 . The actual stress may then be much higher by a factor which can be ten or more, the problem then cannot strictly be solved by this type of beam analy- sis. This is a classical problem of stress analysis described in many text books. Using solid elements connected to beams can be an alternative, this is described in chapter 14.2 .

For plates, the fields SIEF_ELGA and SIEF_ELNO give 9 compo- nents, the first three being the normal forces, ’N..’, the next three the moments, ’M..’, and the last three the shear forces, ’V..’, in the ele- ment LOCAL axis. Document U2.01.05, named “Stresses, forces and strain”, is a useful reference regarding this matter.

The rule for the orientation of the local axis of beams 2 inCode_Aster is very simple: • the local x axis lies along the beam; • the local y axis lies by default in the global XOY plane; • and the local z completes the trihedron.

Here “by default” means: the keyword ORIENTATION is not specified in the .comm file for the given group. If the beam is strictly parallel to the global Z axis, the beam y local axis is then exactly coincident with the global Y axis.

As a general rule I advise to build the mesh with: • global Z is the vertical, earth gravity direction, pointing upward; • global X is the principal direction of the mesh, the direction of mo- tion for a mobile object (road vehicle, airplane or ship); • global Y completes the trihedron.

#english #game #strauss
There's a PUA code of ethics: The first one to approach a set gets to game the target, until either she submits or he gives up. But a PUA also doesn't AMOG his wing.

#english #game #strauss
garage-door opener as a gift. When no one is looking, I grab it and walk outside. I keep pressing it, figuring that a door will open some- where with a spectacular present for her. While I am investigating, Mystery comes outside, looking for the girl. It turns out that the gift was part of a routine—a way to get her outside in pri- vate. By pressing the button, I had paged him.

#english #game #strauss
They clustered in groups, prowling for open sets and sending in emissaries to say, "Hey, I need to get a female opinion on something."

#english #game #strauss
"If the girls get mad at me, I'll change my voice tone and apol- ogize and tell them I'm not well socially calibrated."

#english #game #strauss
frame—or subjective reality—is the strongest tends to dominate an interac- tion. "Style has all these really subtle ways of keeping control of the frame and getting people to qualify themselves to him. He makes sure that the fo- cus is always on him. I'm writing a post about it."

#english #game #strauss
See," Tyler Durden said. "You'll use curiosity as a frame to get rapport and make the other person lose social value. When you show approval like that, it makes you the authority and makes other people want to seek your validation. We're teaching that."